Hi all, It’s a delight to see OpenPCR on so many desktops! Josh and I spent the past year staring at mostly-disassembled prototypes with wires all over the place. It makes it all worth it to see everyone assembling their kits, posting pictures, and having a blast doing it. At the end of the post there’s several pictures that I thought you would enjoy of OpenPCR around the world!

Here’s a couple examples of what’s going on with OpenPCR 2 weeks after shipping:

How you can help

Over the past year we’ve designed, engineered, and shipped our first product. We are now seeking seed funding to take our company to the next level (and build some new awesome stuff). If you know someone who would be interested in investing in OpenPCR, we would love an introduction! Email me (tito@openpcr.org) or send your friends to AngelList (https://angel.co/openpcr).

Also, we’ve raised the price of OpenPCR from $512 to $599. This allows us to get OpenPCR out to distributors around the world — if you’ve got a shop, give us a holler (contact@openpcr.org).

Join the OpenPCR Google group to chat about OpenPCR! We’ve got some great conversations brewing and it would be great to hear from you! https://groups.google.com/group/openpcr 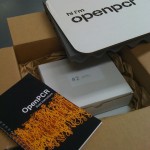 OpenPCR at the Melbourne Hackerspace in Australia 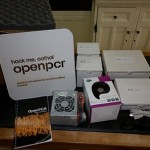 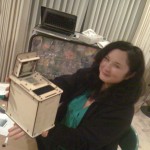 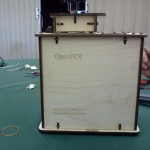 One thought on “OpenPCR in the Wild + We need your help!”